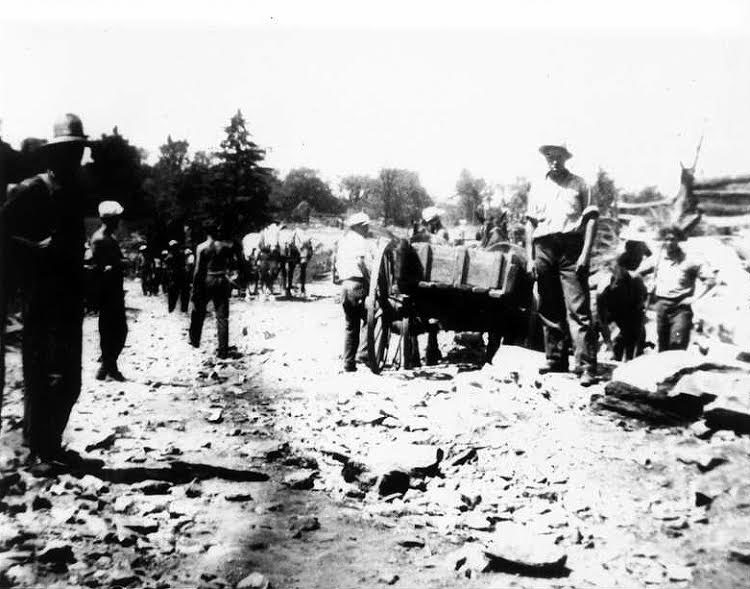 John Hulbig, in his book Whispering Pines, describes how the holes for the dynamite charges were drilled by hand. A striking rod was hit in succession by two men with a third steadying the rod and giving it a one-quarter turn after each hit. The hole was cleaned out using a rod with a flat spoon attached to the end. Each crew was expected to drill eight feet every day. Once the charges were set, the blast area would be covered with the log booms, as seen in this photo. Similar to the tire mats used today, the logs were intended to stop the blast from sending rock flying in all directions, damaging nearby buildings or causing injury. If the blasting was taking place close to a building, logs would also be leaned against it to protect the windows. This photo, from John Hulbig, is courtesy of Floyd Miller.